Just thought I'd share the boys school pictures. I love the pictures they take at preschool, because they don't do the traditional fake background. I thought these turned out pretty good. Ryan is halfway smiling and Gabe is being a big cheese! 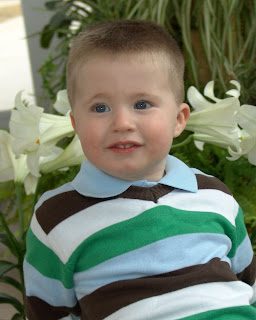 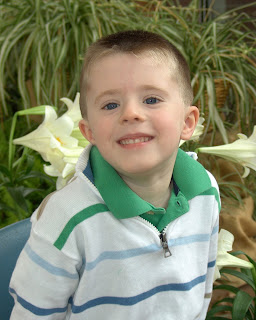 Last night we had parent/teacher conferences at our school. Our preschool is one of the few in the area that have parent/teacher conferences. I teach a great group of kids whose parents are really involved. It's nice seeing parents be so involved in their child's life. In between meeting with the parents of my class I met with Gabe and Ryan's teachers.
Gabe is doing great. He has "mastered" all the skills they tested him on. He can identify all his letters and write most of them. His teachers were very impressed by this saying that there were very few in his class that could do that. I thought that was odd because he's known his letters since he was 3. He also can identify all his numbers and his shapes. He even knows what a pentagon and a hexagon are. His teachers were really surprised at this because they haven't really worked on those shapes. I was telling Matt this last night while we were in bed, and we got into a debate over what the difference between a pentagon and a hexagon were. He thought a pentagon had 4 sides and a hexagon had 5 sides, and I said a pentagon had 5 sides and a hexagon had six sides. I actually had to get out of bed and "google" the shapes to settle the debate. It was pretty funny! Oh and I was right, by the way! :) So Gabe is doing great in class and we're so proud of him!

I also talked to Ryan's teachers about how he's doing in school. You have to know that at the beginning of the year, I had serious doubts about how Ryan was going to do at school. He cried every time I dropped him off. If he ever saw me he would start crying. And he barely talked. He is a completely different child now. He participates in class, he loves to sing. And he's so excited to go to school. He loves his teachers. I have to say, that his teachers are the best! They are so patient and they really really love those kids. So at the conference his teachers told me he was doing great. When they tested him on his skills he really wasn't interested. His new answer for everything is "I no no" (I don't know). So he didn't really do well on his evaluation, which his teacher and I aren't too concerned about. He's only two! Anyway, she was asking him his shapes when she pointed to a heart. He wouldn't tell her what it was so she told him, "It's a heart." And this is the part that absolutely melts me. He looked up at her and said, "God in there?" Is that not the sweetest thing you've ever heard?!? His teacher said she just about lost it when he said that, and I had tears in my eyes when she told me. He is so precious! 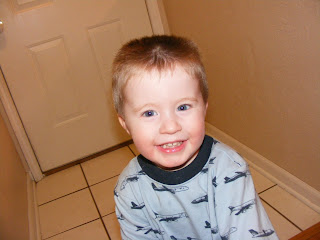 We moved the boys into the same bedroom this weekend. They're both sleeping in Ryan's room. The first night went really well. They were both very excited to sleep together and they fell asleep pretty quickly. They were so cute! 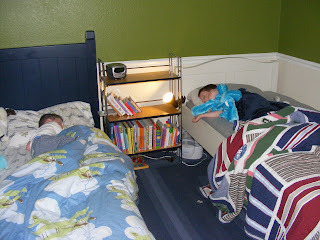 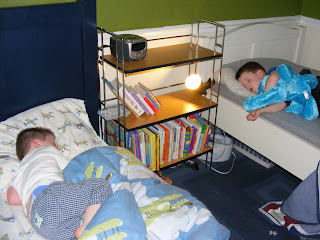 The next couple nights weren't as smooth as the first night. Last night it took them about an hour to put themselves to sleep. In the meantime, they pulled all the covers and sheets off their beds. I really wanted to get this process started as soon as I could, so that they would be used to it by the time the baby got here. Eventually we'll be getting them a bunk bed to save space. Right now all their toys are in Gabe's old room and it makes a pretty nice playroom.

I've also got a new product on my website. They're gift tags and I absolutely love them! We go to lots of kid birthday parties and I feel like I'm always trying to find a birthday card to go along with the gift. I had 50 of these little cards printed off and now anytime I need a card I just grab one and attach it to my gift. I'm so excited to use them!! 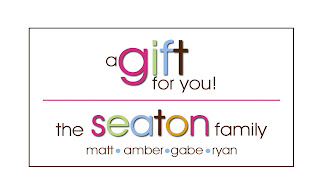 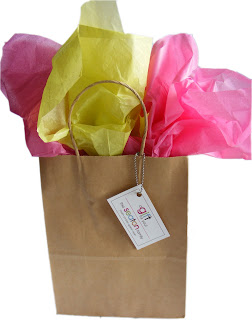 GIRL!!!! Yes, that's right we're having a girl! We're all very excited. Gabe wanted a little sister so bad. He told us he already has a brother so he needs a sister. And he got what he wanted. Matt was excited at first, until we were leaving the doctor's office and we saw a little girl who was about 5 years old. She looked like she was going to a dance recital. She had on a leotard, a big shiny headband, and lots of glitter. Matt took one look at her and said, "This is what I have to look forward to." He's now starting to notice all the accesories girl require, purses, headbands, jewelry. You would think having two little sisters he would be used to this, but no. I am very excited, but I'm a little nervous. I'm not sure I know what to do with a girl. But I'm willing to learn! Well here are a few of the ultrasound pictures. 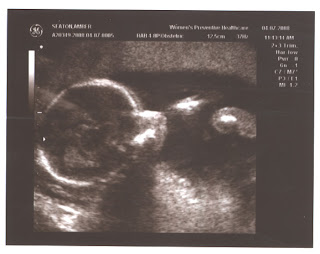 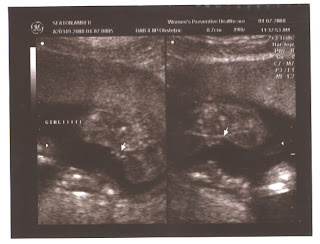 On Sunday, Matt and I celebrated our 6th wedding anniversary. It's hard to believe! And we've been together (dating, engagement) for 10 years this August! Wow!! That's a long time! I am so lucky to be married to such a great man. He makes me laugh and just makes my day so happy! He is such a hard worker and a great provider. I'm so lucky to married to such a man who knows what he wants and he works hard to get it. And he's such a wonderful father. He's such a big kid and he loves playing with his boys. I am such a blessed woman. I was looking through some old pictures and thought I'd post a few...
Prom 1999...seems so long ago 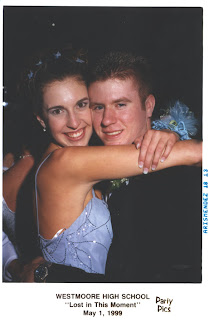 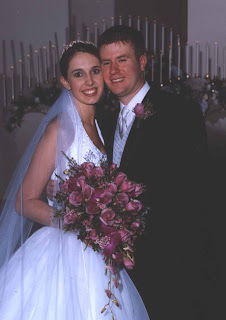 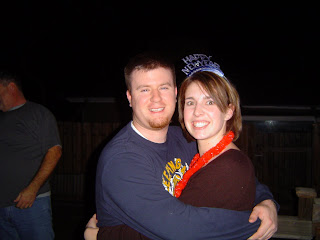 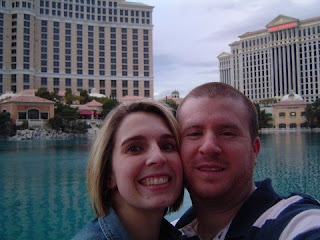 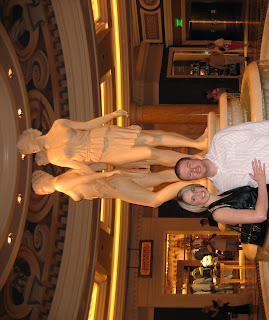